I had decided to do a very “Canadian” themed shoot with my good friends Jordan and Jord for numerous reasons.

1). It is the dead of winter and Canadians are kinda in touch with the snow – #WeAreWinter being a mantra of the twitterverse this Olympic season. 2). The men’s gold metal hockey game just happened to be taking place the same day, at 8 a.m. I never thought I would be waking up at 8, on a Sunday, to watch a hockey game. But by golly, Craig, Isis, and myself were up bright and early, having mini heart attacks over the action. 3). Jordan and Jordan are kinda -really- winter people, taking up sports like hockey and snowboarding as if it runs in their veins. When I decided to try this I couldn’t think of a couple better suited to enjoy the snow with me. 4). I rarely do themed shoots, and I figured “why the heck not”?!

We hiked out to the middle of nowhere, got soaked, enjoyed the sun, had some cold Tim’s, and laughed a lot. Jordan even took the opportunity to practice her bobsled stance, and nobody won on double Roll Up The Rim. The only thing that could have possibly made it more Canadian would be a stuffed beaver – and I did look. 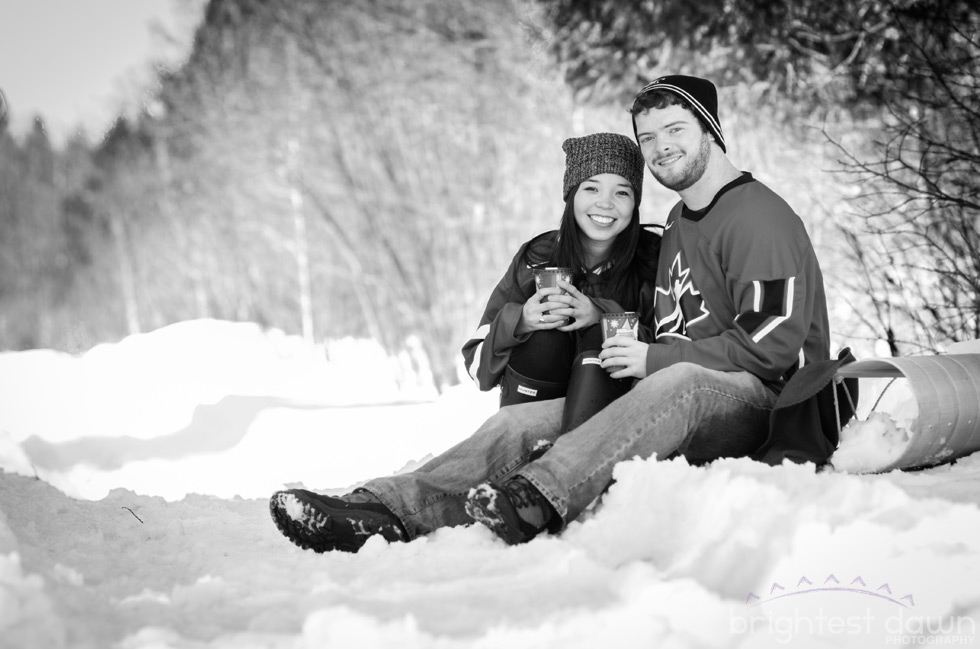 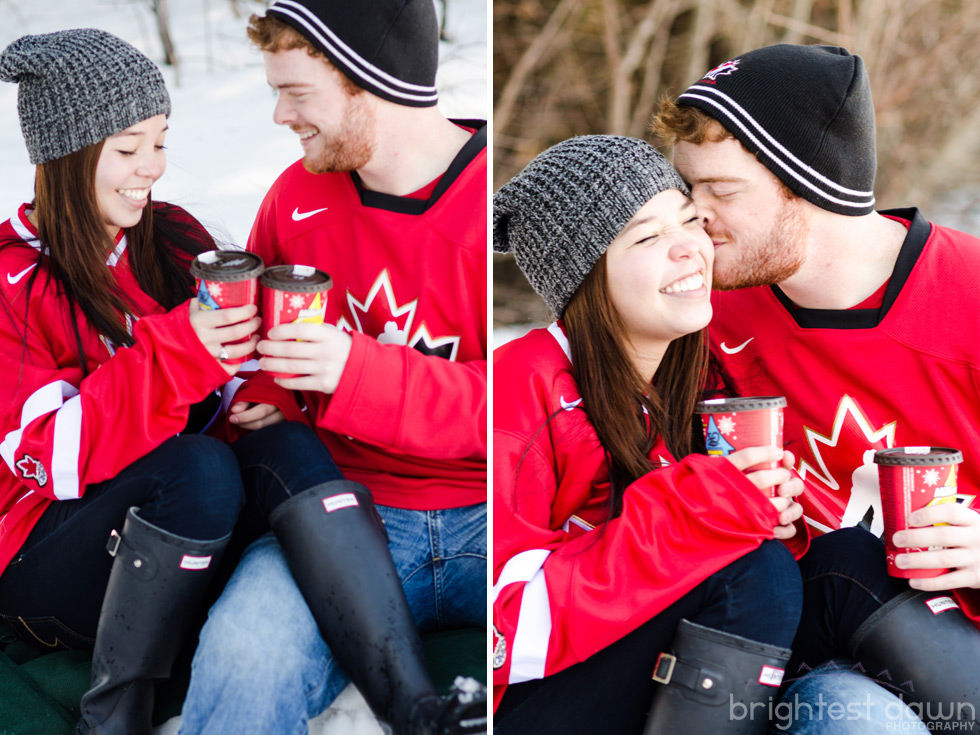 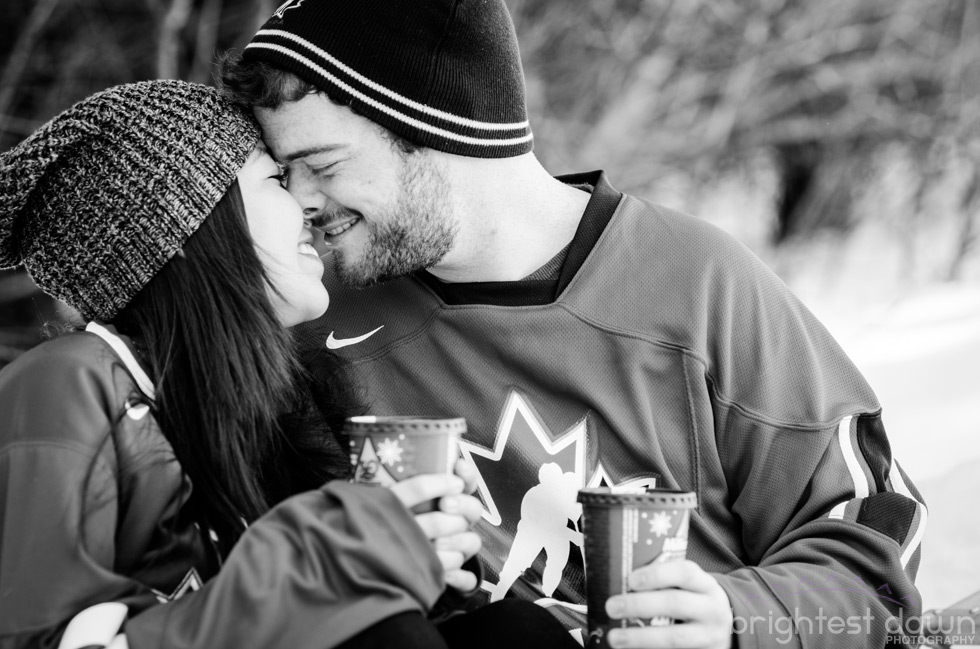 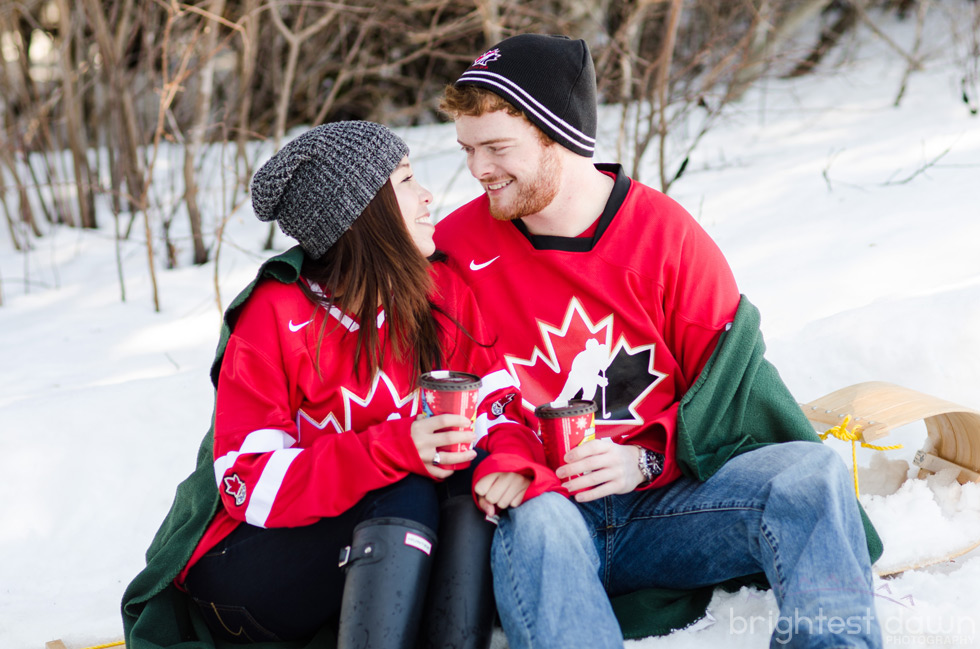 Stay tuned for part 2 of this session! 🙂